Walt Disney World in Orlando, Florida is a place where one’s dreams come true. It’s a magical theme park where memories last a lifetime. Unfortunately for the Goff family, their trip to Disney World on April 26, 2009 will be unforgettable for all of the wrong reasons. No longer surrounded by Disney magic, Heather and Bobby Goff were forced to face a harsh reality: their four-year-old son, Louis, had cancer.

Just four days after celebrating his birthday at Disney World, Louis Goff was stricken with severe stomach pains and was immediately admitted into Chris Evert Children’s Hospital in Ft. Lauderdale, Florida. After many tests, doctors discovered tumors on Louis’s lymph nodes and intestines. He was then diagnosed with Burkitt Lymphoma Cancer, a rare type of Non-Hodgkin Lymphoma, which commonly affects children.

On May 18, 2009, Louis began his first set of chemotherapy treatments. The next few weeks for the Goff family were like a roller-coaster ride, with ups and downs that no one could predict coming.

The duration of the Goffs’ summer was spent in and out of the Oncology & Hematology Unit on the 8th floor, in what they called Louis’s “home away from home”. During his stay at the hospital, Louis played with other children in the playroom and occasionally was greeted by a mother-daughter duo and their very special dog, Gracie.

Gracie, a 2 1/2 year old Goldendoodle (a Golden retriever/Poodle hybrid), is a certified pet therapy dog for Share-A-Pet. Owner Michelle Fishkin and her daughter Jessica have been volunteering at Chris Evert Children’s Hospital since March 2009.

Louis and Gracie hit it off almost immediately. Gracie always greeted him with plenty of kisses and made him smile when he felt under the weather. One day Louis’s mother, Heather, promised him that he can get a new puppy on his 5th birthday to train and raise on his own. Louise had fallen in love with Gracie and told his mother that he wanted a dog just like her. 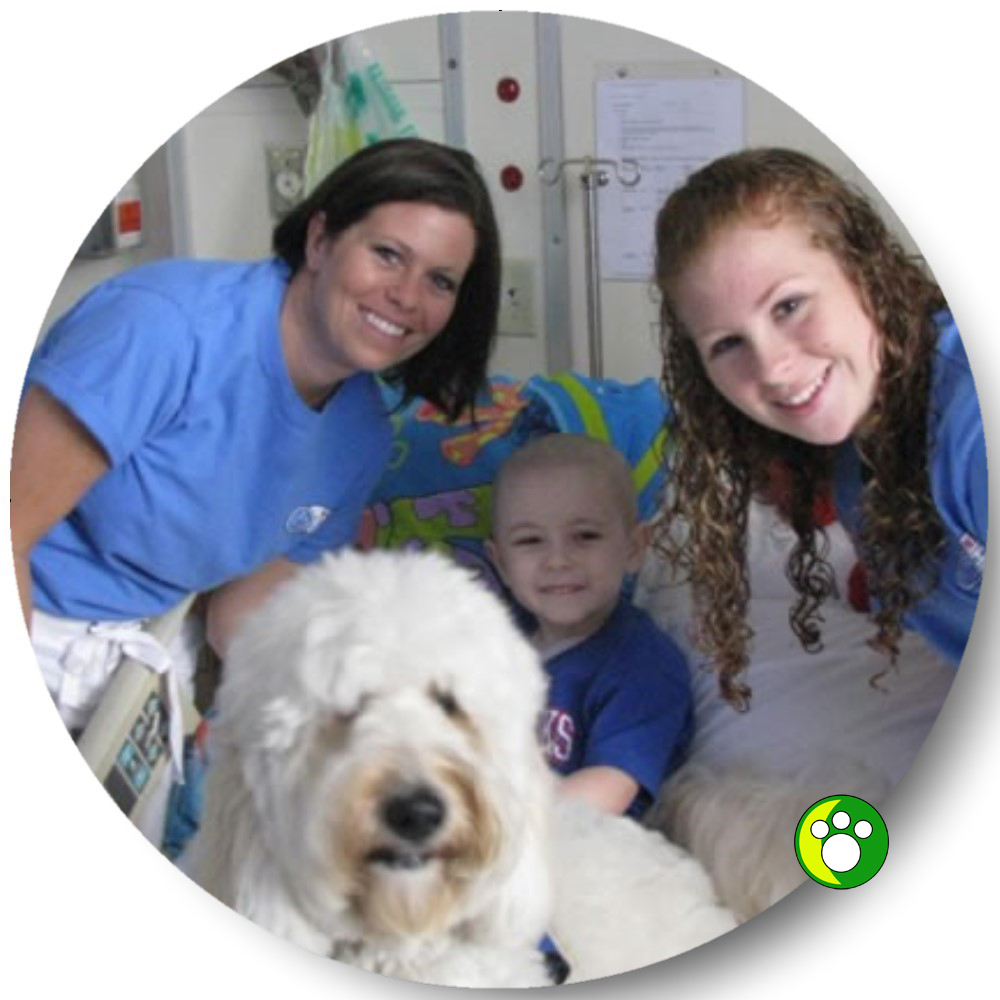 Michelle began her mission to find the right puppy. She contacted many Goldendoodle breeders in the area and explained Louis’s situation. After much hard work, Michelle found the perfect breeder, a woman named Kathy, who offered to help. It was finally possible for Louis to have the Goldendoodle puppy of his dreams, just like Gracie.Heather was concerned about the expense of a Goldendoodle puppy, but Share-A-Pet volunteer Michelle Fishkin was eager to help Louis’s dreams come true. Having a Goldendoodle of his own would comfort Louis and distract him from the discomfort of his leukemia, which made Michelle want to help even more.

After finding out the news, Louis’s grandmother wrote in her journal, “I think before Louis’s diagnosis his Mom might have forgotten that there are great-hearted people out there. And then at your worst moment, there are people like Shelly (Michelle) who give their time and love for no other reason than they care. I know as a mother who cannot be by my daughter’s side every moment while she goes through this with her son, I’m thankful to these people who put smiles on my Grandson’s face, make his dreams come true, and make my daughter feel like there is family beside her at all times.”

The Goffs and the Fishkins now have a life-long bond. Louis looks at pictures, given to him by Kathy, of his black Goldendoodle puppy every day. He will be receiving his puppy in mid-September, and is absolutely thrilled. This could not have been possible without Michelle, who went out of her way to touch the lives of others.

There are many volunteers who dedicate their time to make others smile, but only a select few, like Michelle, go out of their way to change a family’s life forever. But of course, the best kind of volunteering experience is when the volunteer both gives and receives. In the case of the Fishkin family and Gracie, they have not only returned a long lost smile to a four-year-old’s face, but they have developed an everlasting friendship.

As for Louis’s condition, we have learned that he has been in remission for about two years. One hopes that when Louis thinks back to this experience, the kindness of others will outshine the darkest moments. We were glad that Share-A-Pet could be there.